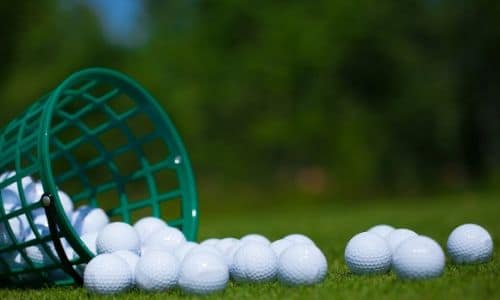 Golf continues to evolve into a game of power as equipment technology and player ability advance at a fast rate.  Where once a 300-yard drive was a rare feat and par fives were actually challenging today’s players, whether pro or amateur, are routinely bombing drives well past 300 yards and par fives are routine birdie or eagle holes. The clubs have much to do with this, but what about the golf balls?

Are all golf balls the same size and weight?  The central governing bodies of golf have determined a minimum size and maximum weight for regulation golf balls played in professional tournaments.  While this does leave the door open for golf balls that are either larger or lighter (or even both) than those conforming to regulations, the reality is that you would be hard-pressed to find them.

In this article, we examine why the size and weight of golf balls matter in today’s game and how the powers that be are making a strong effort to limit the role that technology plays in the manufacture of equipment such as golf balls.  And as we will see, golf balls that are larger or lighter than regulation golf balls may be difficult to find, but there are actually few reasons to even bother looking for them.

What Are the Official Rules Relating to Golf Balls?

It is important to remember that the aim of rules and regulations relating to all types of golf equipment is to promote fair play and to prevent any players from gaining an unfair advantage over fellow competitors by virtue of the equipment that is in their golf bag.  This applies to all golf clubs from drivers on down to putters and most certainly to golf balls.

The rules establishing the allowable specifications for both golf clubs and golf balls are set by the two major governing bodies in the game of golf, the United States Golf Association (USGA) in the United States, and R&A Rules Ltd. (the regulatory arm of the R&A) in Europe.  Together, these two organizations are responsible for developing, implementing and enforcing the rules of golf worldwide.

With respect to golf balls, in order for any particular ball to be approved for play in professional tour sanctioned events (i.e. any PGA tournament played in the United States or any R&A tournament on the European tour) it must meet strict requirements with regard to its (1) weight, (2) size, (3) symmetry and (4) performance.  Let’s take a closer look at these rules:

NOTE:   Even the manner in which the weight and size of golf balls are tested are specifically laid out by the USGA and R&A rules.  For example, the official testing procedure guide details a specific electronic scale make and model to be used for weighing and even requires that prior to testing, golf balls must be stored in an incubator set to 75° F for a minimum of three hours.

Essentially, a robot is fitted with a driver, and this mechanical golfer strikes the test golf balls, and sophisticated equipment determine whether they are compliant.  Using this robot is the only way to ensure that each swing is made with exactly the same amount of force.  The maximum allowable overall distance for a regulation golf ball is 320 yards.

A Tale of Two Golf Balls

Although golf ball standards are currently the same under USGA and R&A rules, this was not always the case.  There was a time not too long ago when these organizations had different requirements relating to golf ball size.  Both the USGA and the R&A required that golf balls be no heavier than 1.62 ounces, but the R&A allowed golf balls to be 1.62 inches in diameter instead of 1.68 inches under the USGA’s rules.

This seemingly minuscule difference of .06 inches (six one-hundredths of an inch) did translate into longer and straighter shots using the “British” ball compared to the “American” ball.  Another consequence of using a smaller ball was that, in theory, at least, putting with a smaller ball into the same size cup afforded a larger margin of error for sinking them.

In fact, during the Open Championship (one of golf’s four “majors”), American golfers would switch to the smaller ball because it was advantageous not only for distance and accuracy; putts were easier to make as well.  It was not until 1990 that the 1.68-inch ball was officially adopted by the R&A, and American and European governing bodies were finally on the same page with respect to golf ball specs.

Why Does the Size and Weight of a Golf Ball Matter?

There is a good reason why golf balls weigh as much as they do and are as small as they are.  It is because, quite frankly, the rules do not allow them to be any heavier or any smaller.  Judging from the uniformity found among all the different makes and models (the list of USGA-approved golf balls is over 50 pages long), golf ball manufacturers have realized that smaller, heavier golf balls perform the best.

Many studies have been made about the unique design of golf balls and how the dimple patterns affect their performance in the air and on the ground.  Golf ball manufacturers seem to be in agreement that producing balls that are the maximum allowable weight and the minimum allowable size constitute the best template for their products as the 1.68 inch diameter and 1.62 ounce limits represent the “sweet spot” of performance.

Aerodynamics is the study of how a solid object interacts with air as the object moves through the air.  In order to understand the role that weight and size play in a golf ball’s performance, there are a few basic scientific principles that we need to review first.  It is helpful to think of the following concepts as forces that work on the golf ball in flight in four different ways.  They are (1) motion, (2) drag, (3) lift and (4) gravity.

Remember the robo golfer used by the USGA and R&A to test golf balls for compliance?  The default value for the mechanical test’s swing speed is 120 mph, which is roughly 7% slower than 2019’s average driving distance leader.  By the way, the 317.9 average yards per drive was a mere 2.1 yards below the maximum threshold for qualifying driving distance for test balls.

This is where the dimples come in to reduce drag.  Although the number of dimples, the depth and shape of the dimples, and the pattern of dimples varies from ball to ball, they all serve to create mini-eddies of air that form a shield of sorts around the golf ball and extend the turbulent wake further behind the ball in flight, thus reducing drag and promoting longer flight.

When the golf ball spins while in flight, the spinning action creates an area of higher pressure underneath the ball and an area of lower pressure above the ball.  This creates lift and allows the ball to travel upward as it moves forward.  The dimples are responsible for creating roughly half of the total lift force acting on a golf ball in flight.

An oversimplified way of looking at the effect of gravity is that it opposes lift.  This is certainly true with golf balls in flight as gravity does win out in the end, and golf balls end up on the ground (or in the water), but today’s golfers armed with their high-tech clubs and balls are certainly giving gravity a good run for its money.

How Weight and Size Affect a Golf Ball’s Performance

One need look no further than the regulatory limits established by the USGA and the R&A to see how today’s golf balls are capable of performing.  As we have seen, any golf ball that exceeds an initial velocity of 255 ft/s or 320 yards of overall distance will not be approved for play.  It is important to note that these limits are based on current ball regulations relating to weight and size.

Scientific analysis shows that increasing the weight of a golf ball by a mere 6 grams, from its regulation 45.93 grams to 52 grams (from 1.62 ounces to 1.83 ounces), can result in as much as an additional 13 yards of distance.  The same study concludes that a heavier ball, say 60 grams (2.12 ounces), can result in a greater gain in carry.  (The caveat:  these are based on a swing speed of 120 mph.)

Contrary to intuition, a perfectly smooth golf ball would travel roughly half as far as a dimpled one and would only achieve half the height while in flight.  We have seen how the dimples on the ball cover enhance both lift and carry.  The fact is, dimples on a golf ball are probably responsible for virtually every aspect of the ball’s movement, whether in the air or on the ground.

Golf ball manufacturers rely on sophisticated computer programs and digital simulations to develop not only the shape and depth of dimples but also to determine how many dimples to place on a golf ball and how to arrange them to achieve a particular result.  For example, certain golf balls are made for greater distance while others tout straight ball flight while others claim to generate the most spin.

Most golf ball brands offer different types of golf balls to suit the playing preferences of virtually any level golfer.  There are golf balls designed specifically for players who care only about maximizing distance while others cater to those who seek to feel and control around the greens.  You can be sure that upon close examination, all of these balls will have unique dimple patterns to suit these different goals.

Remember the initial velocity and overall distance tests we discussed earlier?  These testing procedures and regulations were created to combat wave after wave of technological advances made by golf ball manufacturers that enhanced performance by altering dimple patterns or by using different materials for the outer ball cover or by manipulating the inner core of the ball.

The modern golf ball is a technological marvel.  Current choices are either two-piece, three-piece, or four-piece construction.  All have an inner core that typically consists of rubber or similar material and layers of additional material that serve to provide characteristics such as compression, softness/hardness, and of course, the catch-all “feel.”

As a general rule, golf balls that are designed with distance in mind tend to be firmer with a harder outer cover, while balls geared toward players that rely on their short game have softer core materials and more pliable covers that create a greater degree of ball control, particularly with shorter irons and wedges.  Of course, the most popular balls will be those that tout themselves as offering the best of both worlds.

Both the USGA and R&A seem to recognize the uphill battle they face against the continuing surge of technology that threatens to overtake the game of golf.  As succinctly stated in a joint statement, rules relating to golf ball specifications are intended to “prevent an over-reliance on technological advances rather than skill, and to ensure that skill is the dominant element of success throughout the game.”

Perhaps the logical step would be to reverse course and modify golf ball regulations to bring lighter or larger balls into play, to bring player skill to the forefront where it rightfully belongs.