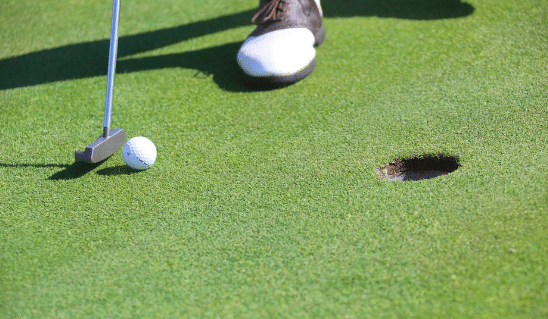 Ah, the short putt. It’s hard to think of a more intimidating shot than a 3-foot putt with everyone watching you. Luckily for most of us, we aren’t performing in front of large crowds and cameras! Still, we should be able to limit the nerves and make those short putts with more confidence.

How do you make more short putts?

Missing short putts is one of the leading reasons why golfers don’t score lower. The anticipation and nerves can get into some golfer’s heads. But not anymore! Follow these 8 surefire ways to make short putts, and you will start to see drastic improvements in your score.

1. Slow Down your Backswing

Something that I see too often is when golfers have a very quick backswing when making a putting stroke. This is bad for two reasons. 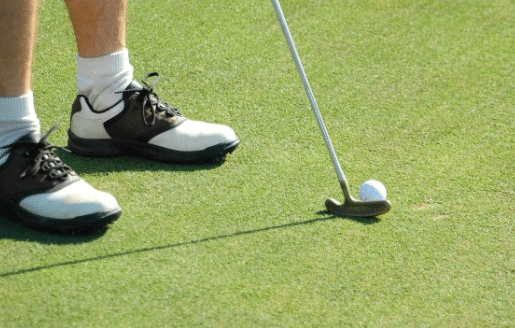 Now that we have a slower backswing, golfers must make sure that they have a high enough followthrough to get a nice roll on the golf ball. A good frame of reference is to push your putt enough so that your hands are passed the front toe. This allows enough acceleration through the ball to better judge your speed around the hole.

3. Keep Your Head Down

This tip may seem obvious but is often forgotten when there a million other things going through your head. There is a large tendency for golfers to want to look up and see if their putt goes in, especially on short putts. The problem is that when golfers look up too soon, their putting stroke changes and they hit the upper half of the golf ball causing inconsistent shots. 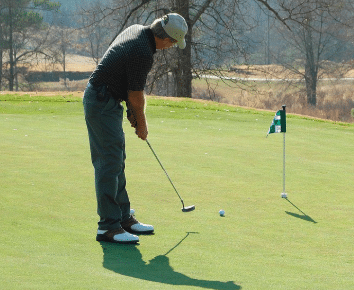 It is best to keep your head down for 3 seconds after you make contact with the golf ball. This creates a more controllable putting stroke and will help you stay in the proper golf posture longer and avoid more missed putts.

Have you ever had the yips? You get up to the ball and right before you make contact with the ball, you slightly twitch , nd you miss the putt. Embarrassing, right? To avoid having the yips and make those short putts, golfers should look into two things:

Something as minor as changing the grip of your putter can have a large impact on your performance. Especially when attempting to make more short putts. Unfortunately, there isn’t one putter grip that works for everyone so its best to experiment with several options. In my experience, larger putting grips like SuperStroke and Winn grips help stabilize the smaller muscles in the wrists and hands allowing for more consistent putts that stops the yips. 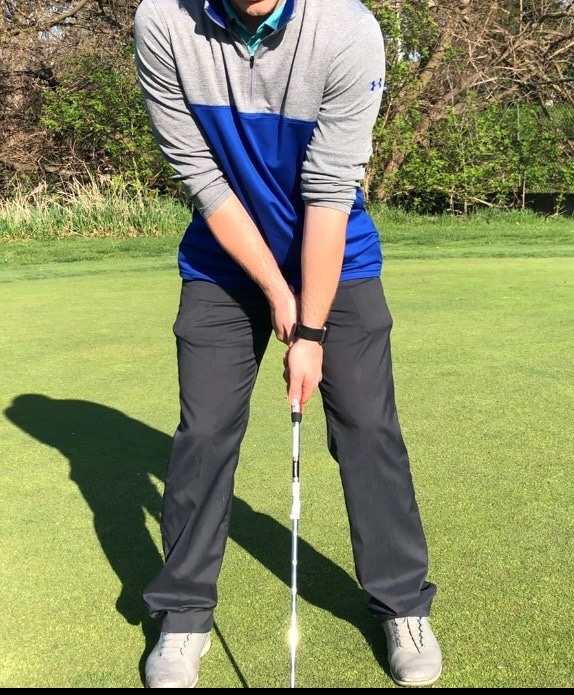 5. Look at Both Sides of the Hole

I am always surprised at how many golfers don’t do this. By taking an extra 20 seconds and reading the break (if any) from behind the hole, you will be able to have two different putting reads that you can use to determine if your putt is going to break. From my experience, both playing and teaching, golfers who look at both sides of the hole when going up to a short putt tend to make far more putts than those who just read the break from behind the ball. 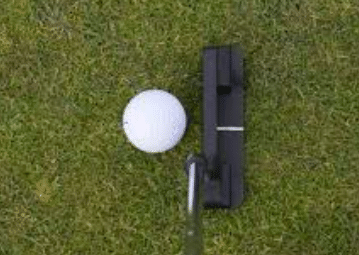 You never have a chance to make a putt if it doesn’t get to the hole. Now when I say be firm, I don’t mean blast a putt into the center of the cup. What I mean is that by aiming at the hole and putting with confidence, accelerating through the ball, you will take a lot of the break out of the putt and make far more short putts. Trust me, it will work!

Having a putting stance that is too narrow encourages a putting stroke that is controlled by the smaller muscles (wrists) instead of the larger muscles (shoulders and arms).

Spreading out your feet will help create a longer putting stroke that will feel more natural and smooth. This is crucial when setting up to a short putt because short, jerky motions will cause problems in consistency.

The last tip towards helping you make more short putts is to hold your breath before you start your putting stroke. Holding your breath helps golfers quiet the reaction of the muscles and allows for a more concentrated putt. It also helps form a routine that will build your confidence everytime you come up to make a short putt